On June 28, 2018, a gunman perpetrated a violent attack on staff of Capital Gazette. Philanthropist, Michael Ferro sprang into action by establishing a fundraiser to benefit the victims of the attack.

In the wake of the violent attack on Capital Gazette staff, philanthropist, Michael Ferro established a fundraiser to support victims and their loved ones.  Additionally, a GoFundMe charity campaign page was started in support of the victims. As a result of the attack, five employees were shot and killed and two were injured. 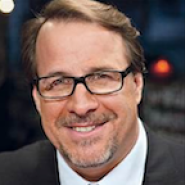